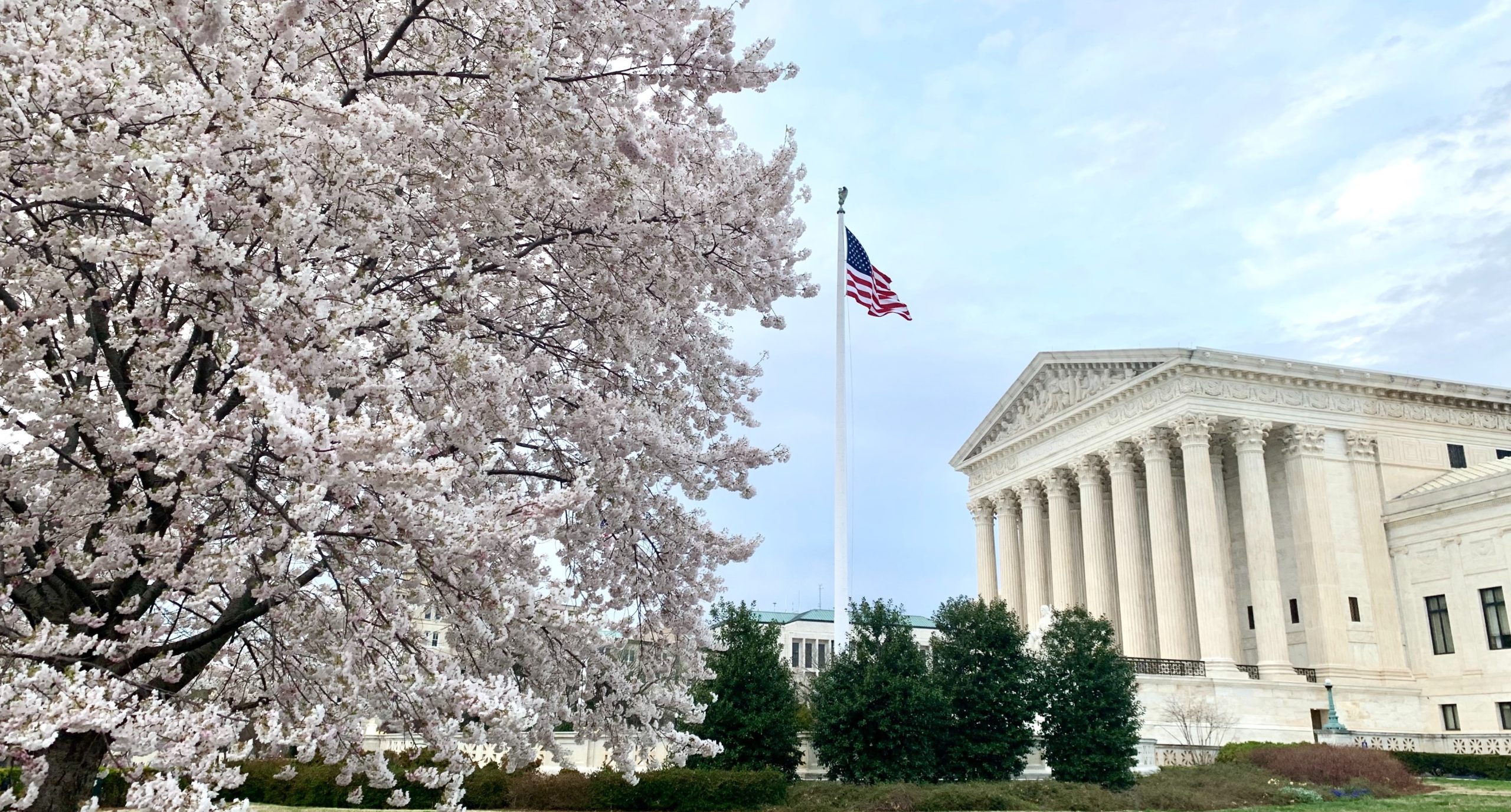 On Friday, February 25, President Biden chose DC Circuit Court of Appeals Judge Ketanji Brown Jackson to be the Supreme Court nominee to replace Associate Justice Stephen Breyer, who announced his retirement in late January. Justice Breyer wrote a letter to Biden, stating that he’ll retire after the current Court term, which ends in late June or early July, “assuming” his successor has been nominated and confirmed by that time.

How did Judge Jackson become the nominee?

Under the Constitution, the president chooses a Supreme Court nominee with the “advice and consent” of the 100 members of the Senate. During his campaign for president, Biden promised that if he got elected and had the opportunity to nominate someone for a seat on the Supreme Court, he would nominate a Black woman—the first Black woman to do so. Presidents typically ask for input from high-ranking members of relevant committees, such as the Senate Judiciary Committee.

Senators give their advice, but the nomination is ultimately decided and announced by the president.

So, what comes next for Judge Jackson in the nomination process?

Now that the announcement has happened, Judge Jackson’s nomination will be sent to the Senate, where a hearing in the Judiciary Committee will be scheduled. At this time, senators will request written responses to questionnaires, as well as Judge Jackson’s writings, speeches, and decisions. Some senators will have private, one-on-one conversations with Judge Jackson to help guide them in deciding whether to support or oppose her as a nominee. These meetings are typically referred to as courtesy calls.

The Senate Judiciary Committee will then hold formal hearings to question Judge Jackson. These hearings will be the first chance for the committee to hear from the nominee directly. This is also a chance for witnesses to inform the committee of their views on the nominee. The committee will hear an opening statement from the nominee and then the witnesses. President Biden has chosen a former senator (and former federal prosecutor), Doug Jones, to guide the nominee through the hearings, along with a seasoned public affairs strategist, Minyon Moore, and a top communications strategist, Ben LaBolt.

After these statements, the members of the Senate Judiciary Committee will have a chance to ask the nominee any questions they want. This usually takes two to three days.

Once the hearings conclude, the Senate Judiciary Committee will schedule a vote of its own members to advance the nomination to the floor of the Senate. If the nominee is voted out of the committee, the full Senate will then vote on the nomination. The filibuster—the sixty-vote rule—was eliminated for Supreme Court nominees by Senate Republicans in 2017 in order to confirm then Judge Neil Gorsuch to the Supreme Court. Because of this, Judge Jackson needs only a simple majority, 51 votes. The Senate is currently at a 50–50 split, so with Vice President Harris’ vote, Democrats will have the 51 votes necessary for a successful confirmation.

Contact your senators to let them know your feelings about this historic nomination.

Is SCOTUS playing games with our rights?