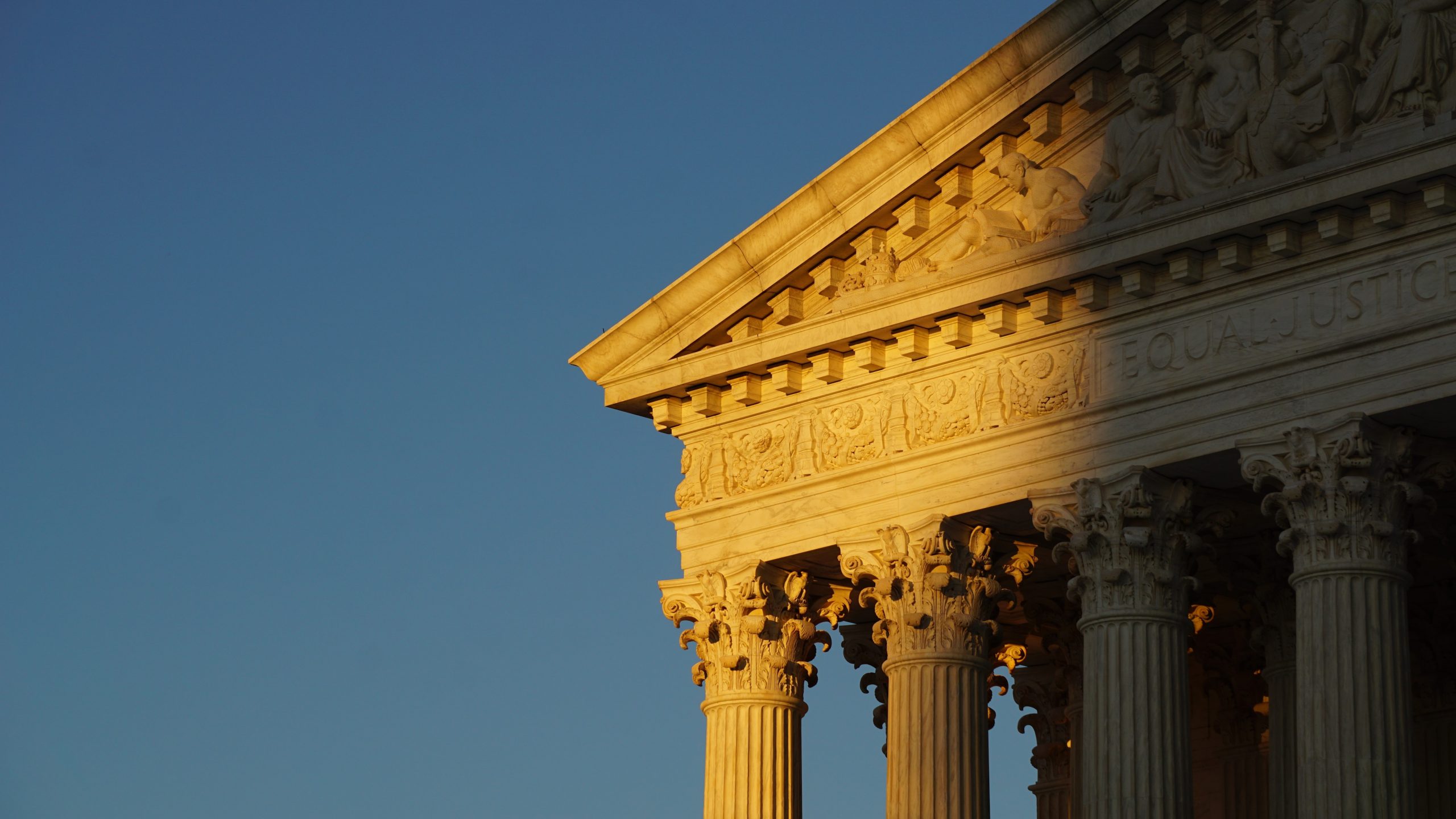 With the Supreme Court set to issue a ruling in Dobbs v. Jackson Women’s Health Organization that could overturn Roe v. Wade this summer, which would immediately declare that abortion is no longer a federally protected right, there are fears that the decision will create a domino effect with some of the country’s most foundational rights. One of the areas that could be affected is LGBTQIA+ rights.

The reversing of Roe v. Wade and Planned Parenthood v. Casey, the 1992 case that upheld Roe’s core protections, would be detrimental to reproductive freedom, but it could also be the basis for stripping the hard-won rights from communities whose wins have relied on those very decisions.

Roe, and the precedents leading up to it, established the basis for many LGBTQIA+ rights, such as the right of same-sex intimacy and marriage. If Roe and Casey are reevaluated, limited, and/or overruled entirely, that would threaten the basic underpinnings of reproductive freedom rights and could lead to further limiting or reevaluation of all other rights established through the courts, such as many LGBTQIA+ rights. The Court may not directly threaten the right to marriage, as established in Obergefell v. Hodges, but it could use whatever decision it makes in the abortion case to slowly chip away at it. A decision that limits or reevaluates Roe and Casey could even lead to decisions that limit contraception, adoption, and decisions affecting child custody issues. It may even potentially affect the fundamental right to travel. All of those rights are given their meaning from the line of cases that lead to Roe and Casey.

There’s too much at stake for SCOTUS to be playing dominoes with Americans’ rights.

If the Court can chip away at abortion rights, marriage rights, and other fundamental rights, and if it can alter its understanding of the precedents, there’s nothing stopping the Court from applying that same logic to other cases that guarantee so many other rights.

Put simply: the way the Supreme Court tells the lower courts to assess abortion rights would carry over into other areas and affect the way those courts view other rights on a broad level. It’s only through the legal reasoning of decisions like Roe, Casey, and others that raise similar questions that the lower courts have been able to reach such decisions as allowing the right to marry and other matters related to LGBTQIA+ rights.

The Dobbs case, which will be decided by the end of June, could be just the beginning of an era of bad decisions from this Court, and with a 6–3 super-conservative majority, there’s no real stopping point. States are already on the attack, introducing laws like Florida’s Don’t Say Gay bill, along with new efforts in Texas to investigate transgender-related care for young people as “child abuse.” These are just the opening moves of these states, which will have so many more ways to restrict LGBTQIA+ rights if the Court rules against abortion care.

Courage California Institute has been shining a light and organizing to stop the courts from playing games with our rights since the Proposition 8 trial in 2010, and we won’t stop until rights are codified into law and defended by attorneys and judges who truly reflect the will of the people.

We can all have a say by sharing our feelings on judicial vacancies with our senators. If Democrats maintain the Senate after this year’s midterm elections, President Biden will have at least two more years to reform the Supreme Court so it is truly representative of the people. He has already appointed more judges with backgrounds in defending indigent clients, in a judiciary committee that is filled mostly with corporate lawyers. The Senate judiciary recently said that in 2021, 78 percent of President Biden’s confirmed judges were women. The Trump administration tilted many of the appeals courts toward a conservative majority, so a Democratic Senate could potentially add more diversity to the courts.

Undoubtedly, the election results will have an impact on the direction of our rights not only for the next two years, but for decades. So—vote and keep making your voice heard by calling the senate to let them know where you stand on these issues: 202-224-3121.