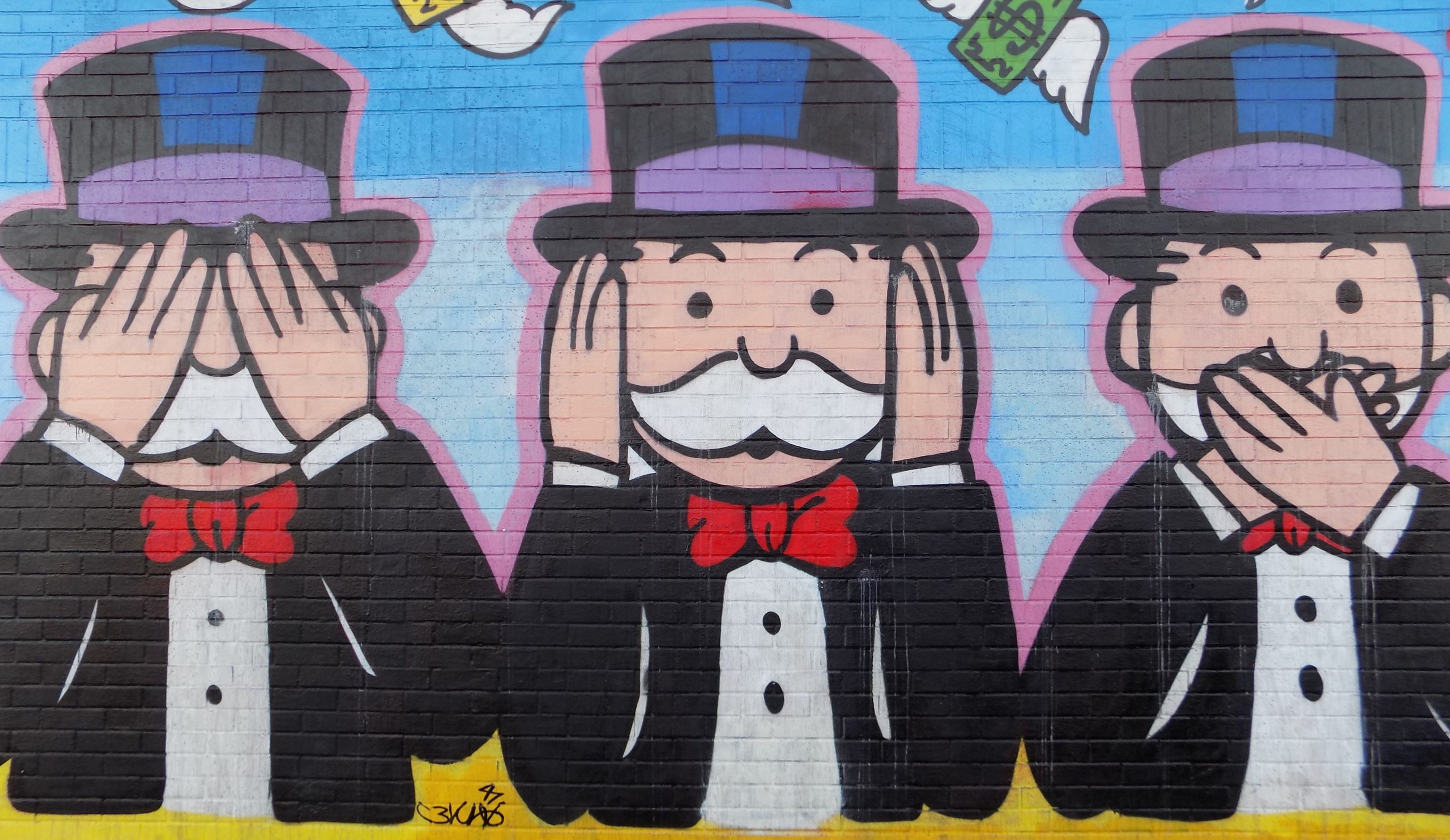 Monopoly is a board game in which players compete to dominate the board and bankrupt their competition. A game that, in my family, always starts out fun but quickly turns sour.

The turning point in my family usually occurs when someone obtains so much property on the board that they have the power to choose who can and can’t keep playing.

The hard truth is that this board game is rooted in reality. For many, the “game” is reflective of their lived experience when it comes to affordable housing, good jobs, access to health care, clean air and water, education, and so much more.

A monopoly refers to the amount of market power a society (or, rather, the government) allows.

In the board game, there are no limits on market power, which allows players to accumulate wealth and power to the point where they can manipulate and dictate others’ behavior. It’s a tremendous amount of power that corporations should not have in the real world.

The reality of monopolies is that they pose threats to the values we hold dear, from self-governance to freedoms in general. When a corporation is allowed to grow in wealth and power without limits, it can squeeze and buy out its competitors until it dominates not just one market, but many.

The accumulation of wealth that comes with market domination opens doors to influence the government through substantial campaign contributions and lobbying efforts. Such influence allows corporations to sway elected officials, who rely on campaign contributions, and policy, which sets the rules as it pertains to the prices, the environment, and even their workers.

You might be asking yourself: How does this happen in America? Weren’t the railroads and even AT&T broken up? Yes, they were, and that’s because we have antitrust (or anti-monopoly) laws that are “enforced by government agencies and interpreted by prosecutors and courts” (1). Throughout history, monopolies have been broken up, but we’ve also witnessed federal administrations transferring power to new administrations and attitudes toward enforcement changing, and so the amount of market power that a corporation can obtain may change as well.

This doesn’t have to be the case.

Through speaking up and organizing our communities, we can demand better–and recent history shows that it works! For years, organizers in California have been working with labor leaders to combat corporate abuses stemming from monopolist power. Labor advocates, despite going up against some of the world’s most powerful corporations, recently celebrated the passing of a law that regulates quotas in warehousing.

There’s still so much work that needs to be done to combat monopoly power here in California and in the nation. By using the organizing tactics that are similar to those used to pass the law regulating quotas in warehouses–such as circulating petitions, holding demonstrations, calling and emailing our legislators, or using social media to make our voices heard–we can counter monopolistic power to make sure that people, not profits, come first.

So, if you were planning to play Monopoly this holiday season, and the context above just turned you off to the game, may I suggest playing Scrabble instead? It’s twice as fun, and it’s not rooted in gaming the system at the expense of workers and the environment. I promise it won’t turn sour . . . unless someone pulls out a dictionary.

The Power of the United States Supreme Court

The History of Roe v. Wade