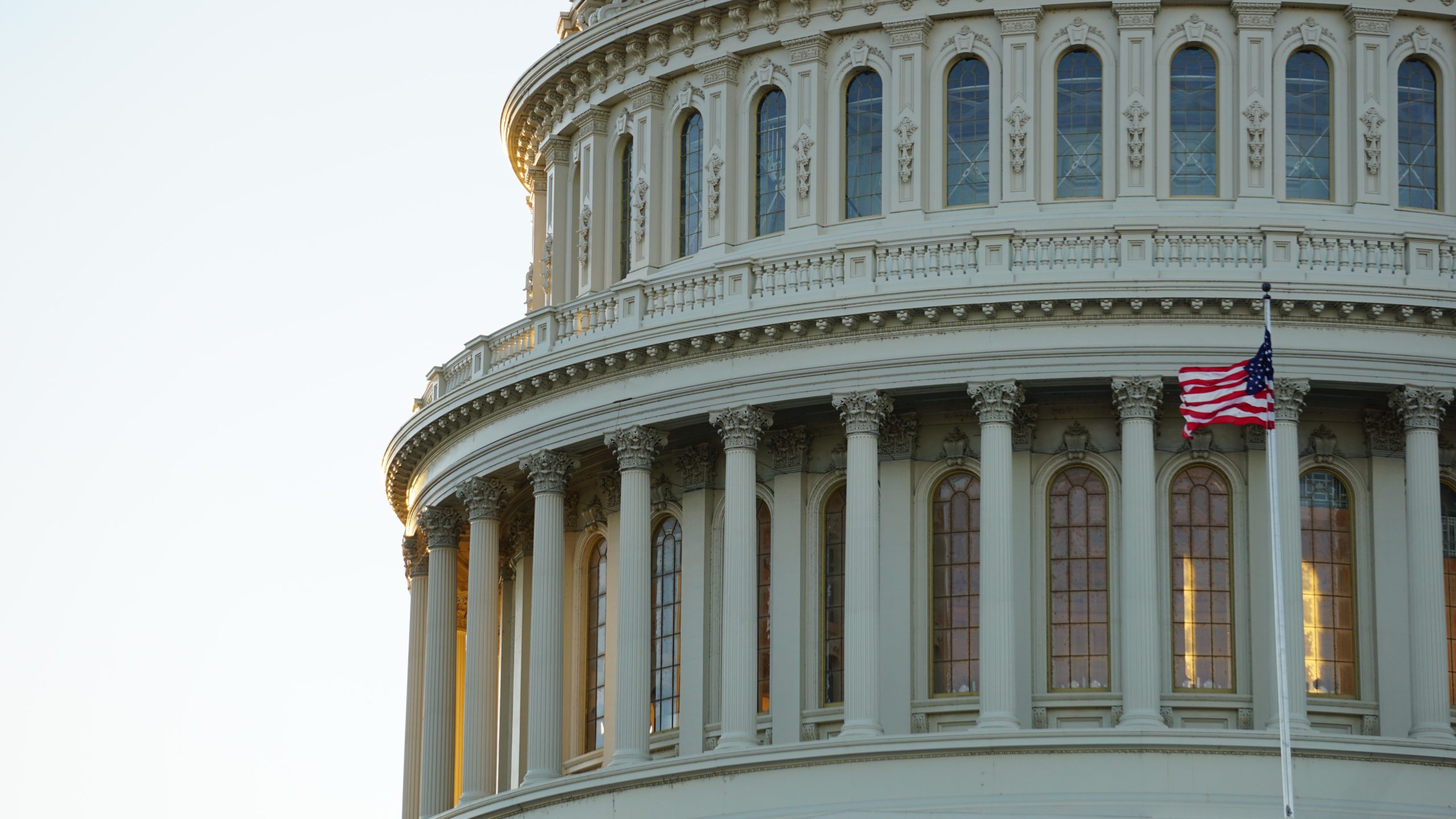 How do we create an equitable tax system? Who decides if we go to war? Why do we have conservative extremists on the United States Supreme Court?

When it comes to these social and policy questions, there is more than one factor at play and more than one way we can make change, but at the center is the United States Congress.

While Congress may convene in Washington D.C., Californians have access to their elected representatives, the services they provide, and the ability to hold them accountable. Continue reading to learn how you can have your voice heard at the federal level.

What (who) is Congress:

California has 52 members in the House of Representatives. Each member represents an equal number of Californians. In addition to the 435 members in the House of Representatives, there are six non-voting members who represent the District of Columbia, the Commonwealth of Puerto Rico, as well as four other United States territories. Members of the House are typically referred to as a congress member, congressman, or congresswoman and are elected for two year terms.

California has two members in the United States Senate, as does every state in the nation, regardless of population, equating to 100 senators in the upper chamber. Unlike the House, there are no non-voting members and senators are elected to six year terms.

What do our Congress Members do?

Members of Congress are responsible for changing existing laws and making new federal laws through legislative debate and compromise. Both the House and the Senate hold hearings that guide the law making process, provide oversight of the executive branch with their investigative powers, and have the power to declare war and are in control of the federal government budget which includes taxation. Your Congressmember and Senator also serve as a voice for your district and state within the federal government.

The upper body, also known as the Senate, has the additional responsibility of confirming or denying federal appointments from the executive branch. These executive appointments come from the president and include – but are not limited to – Cabinet members, senior leadership positions within executive departments, and federal judges which includes the United States Supreme Court.

No matter where you live in California, you are represented by one House member and two senators. Every legislator has a staff so that they stay connected to their district and help residents access services. Members of the House and Senate have offices in Washington, D.C. and within their district. These offices are for you to interact with the federal government so that our elected representatives are aware of the laws and services we need in our communities.

Congress members and Senators offer constituent services for the people they represent, which range from helping organize trips to the nation’s capitol to aiding folks in accessing benefits that are available to them through the federal government. These benefits range from veterans care, to federal grants, Medicare and Medicaid, immigration services, and so much more. To find out what services are available to you, we suggest that you visit your representatives’ websites.

Learn more about your Congress Members:

All elected representatives have an official website, which is structured as LastName.house.gov for House members and for Senate they are LastName.senate.gov. From these websites, you can learn about their day-to-day activities, get updates on legislation they’re working on, and find out how to contact their offices if you need help with services and to advocate for legislation that you know your community needs.

Get to know your representatives and get involved with their office because congress is accountable and serves you!