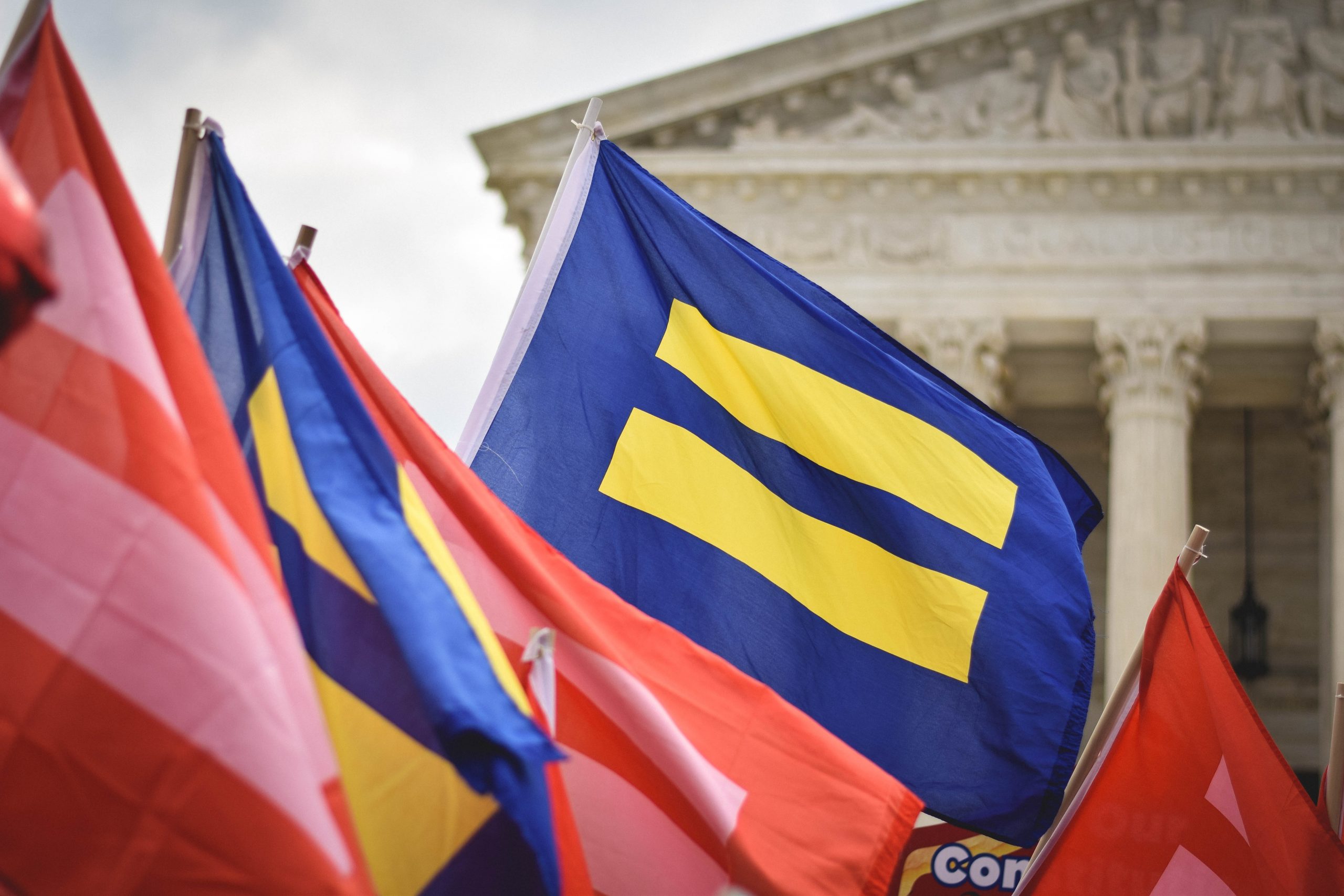 Did you know that Courage California Institute has a second blog?

Equality On Trial (EOT), our longest-running blog, has been covering LGBTQIA+ legal issues since 2008, since the start of the Proposition 8 trial. The activists at Courage California Institute wanted LGBTQIA+ people in the state and around the nation to be able to listen to the testimony of one of the first trials that would decide whether same-sex couples would have the same right to marry as opposite-sex couples.

On election night in 2008, the LGBTQIA+ people of California were conflicted: We’d just elected Barack Obama as our first Black president, and at the same time, California had banned same-sex couples from getting married. With legal challenges inevitably pending, it was imperative for those legal fights to be aired out in public—not just examined in the courtroom, where the truth about our equality would hopefully find its way out. EOT was there to play that critical role.

I happened to start writing for EOT near the end of the Prop 8 case, when the United States Supreme Court agreed to hear that case and other challenges to the so-called federal Defense of Marriage Act (DOMA), a law that barred federal benefits and legal obligations for married same-sex couples.

The EOT team, which at the time consisted of myself and two other people, were at the United States Supreme Court when they heard arguments in the Prop 8 and DOMA cases. There were massive protests on both sides of the issue, and the resulting anticipation and anxiety were at center stage. For many of us covering the cases, it was our first time visiting the Supreme Court. We quickly learned that no one really knows what to expect during Supreme Court arguments—years later, in the courtroom for the Obergefell v. Hodges hearing (the case that would eventually lead to the legal recognition of marriage rights for same-sex couples), I was only two rows ahead of the person who infamously interrupted the arguments, screaming incoherencies—so my being able to report this out was not just important, but incredibly thrilling as well.

Around the time we reaIized the Prop 8 case was ending, the EOT team knew we needed a new focus to expose the legal challenges facing LGBTQIA+ people around the nation, so we decided to pay more attention to legal fights more generally, like marriage equality, transgender rights, the rights of prisoners and students, and more.

Over the years, I’ve continued to report by traveling to courts around the nation to ensure that LGBTQIA+ legal cases are aired out in public and not just examined in the courtroom. These cases are personal to me and to LGBTQIA+ people throughout the nation—after all, it’s our dignity that’s at stake with these cases. For example, my home state, Alabama, doesn’t have protections for LGBTQIA+ rights, so Alabamians’ only recourse for our equality is the federal courts. For those of us living in states with no protections in employment, public accommodations, or any other area, the legal fight in federal courts is all we have—especially since Congress itself is so divided on our human and civil rights.

The fight for LGBTQIA+ rights is still alive, and it will inevitably continue as new legal fights gain attention in the courts until we have a legal system that’s fully accepting of our freedoms and our equality. It will continue until we have an act and congressionally enacted protections across the board in terms of public accommodations, jury service, and other rights that most people take for granted.

The most recent Supreme Court’s term is proof of how much work still needs to be done to ensure that LGBTQIA+ people’s civil and human rights are fully realized. Yes, they upheld the Fourth Circuit Court of Appeals’ decision in Gloucester County School Board v. Grimm, in which former high school student Gavin Grimm challenged his school board’s policy to ban people who are transgender from using the restrooms associated with their gender identity. But during the same session, the court also decided on an important case about LGBTQIA+ people’s rights to be certified as foster parents. The Fulton v. City of Philadelphia case regarding foster care, like the Masterpiece Cakeshop v. Colorado Civil Rights Commission case about a bakery’s refusal to bake a cake for a same-sex wedding ceremony, shows what we are up against. The issue of religious exemptions to LGBTQIA+ rights is just one of the many fronts that have opened up in the wake of the Obergefell v. Hodges ruling, so we have to be vigilant in continuing this work and making people aware of the legal threats to our community.

The fight for LGBTQIA+ rights continues and needs to be aired out every day until our rights are codified in law—not just aired out and lifted up during Pride month. So be sure to follow our work at EqualityOnTrial.com to stay up to date on the ongoing legal fights facing the LGBTQIA+ community and learn about ways you can support the freedom and rights of LGBTQIA+ people across California and the nation.

The Power of “Big Money” in Elections