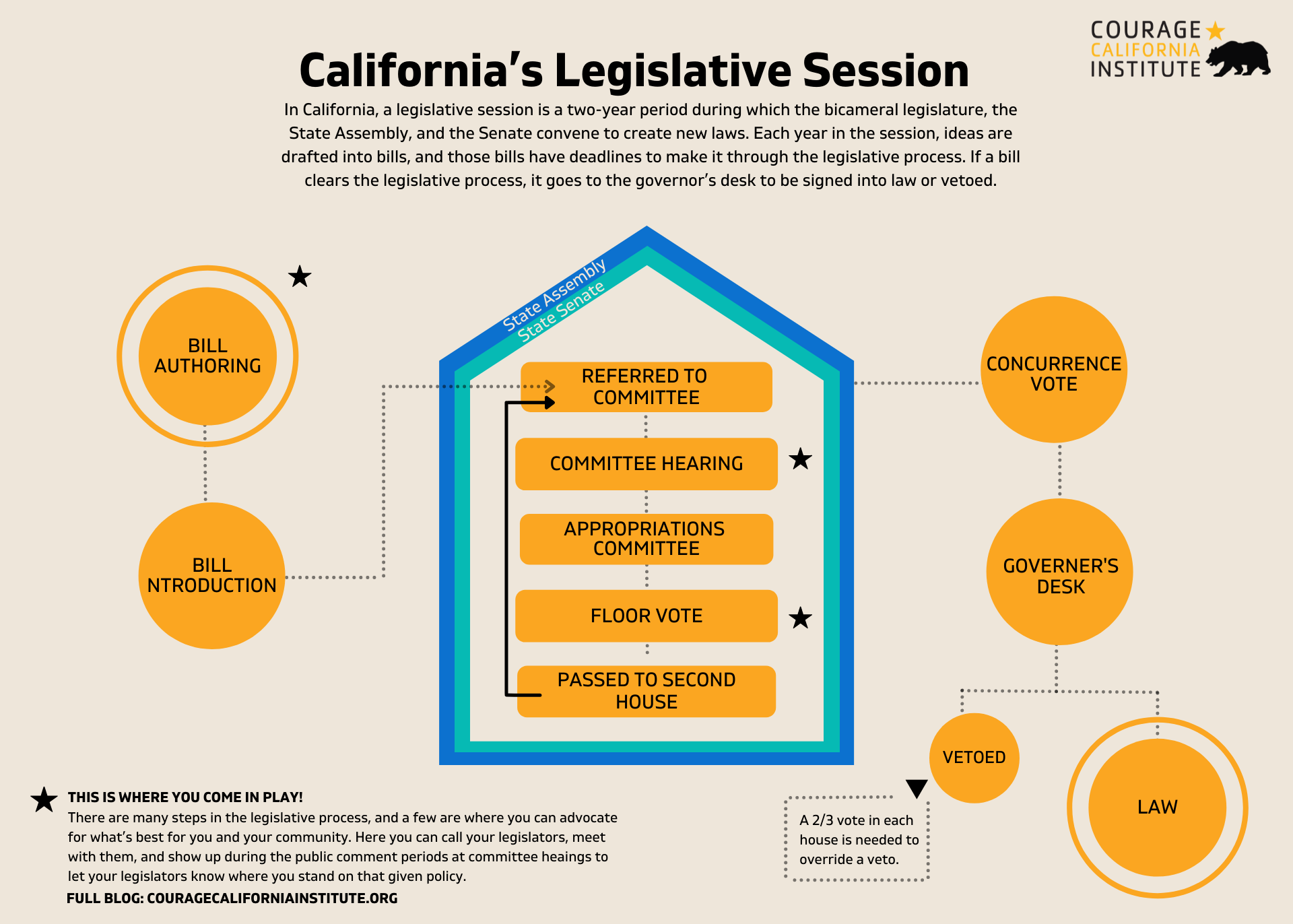 What do leaders do once we elect them to office? How can I influence laws and how my elected officials govern?

Elected leaders can do a lot for our communities they represent. Members of our State Assembly and senators create laws that directly address the issues our communities face. “[T]he state legislature is the central place where laws affecting Californians get started and where legislators set the priorities for statewide lawmaking.”

In California, a legislative session is a two-year period during which the bicameral legislature, the State Assembly, and the Senate convene to create new laws. Each year in the session, ideas are drafted into bills, and those bills have deadlines to make it through the legislative process. If a bill clears the legislative process, it goes to the governor’s desk to be signed into law or vetoed. If vetoed, the bill is sent back to the legislature, where a two-thirds vote from both houses, the Assembly and Senate, is required to override the governor’s veto. Within the two-year session, each year starts in January and ends in October.

There are many steps in the legislative process, and a few are where you can advocate for what’s best for you and your community. Here’s a breakdown:

Understanding the legislative process helps us advocate for bills on behalf of our communities and ensure that our elected officials are representing us—so that we can ultimately hold them accountable to the issues we care most about at the ballot box.

The History of Roe v. Wade